Binini Partners has performed various assignments for Generali Properties Asset Management spa, which then became Generali Gestione Immobiliare and finally Generali Real Estate. The assignments were for designs and work supervision relating to the adjustment, modernisation and value enhancement for various buildings belonging to or managed by GRE.

The following work was done for the provincial INPS headquarters in Bologna, in via Gramsci n°6:
• REPLACING AND REGULATING THE GENERAL ELECTRIC SYSTEM
The work consisted in the complete renewal of the existing electrical systems, starting from the creation of a new Enel power supply line and a new transformer booth with two MT/BT 630kVA transformers, plus the renewal of the general electric system while maintaining the building active.
• STRUCTURAL RENEWAL OF THE FACADES
The work consisted in a structural renewal of the facades, both internal and external, of the building, due to the advanced state of wear of the plaster originally used to protect the visible section in reinforced concrete.
• STRUCTURAL CONSOLIDATION OF THE INTERNAL COURTYARD
This intervention was for all the courtyard on the east side of the building and part of that on the north side to return them to the original state and make the related area safely accessible.
• RESTRUCTURING OF THE THERMAL INSTALLATION
This in intervention was for the disassembly of the current diesel fuel generators located on the second underground floor and the installation of a prefabricated installation on the flat roof of the building, thus guaranteeing the respect of the existing building fire safety norms. Inside are two water condensation heaters with three-cycle fumes, each with a potential of1600 Kw. 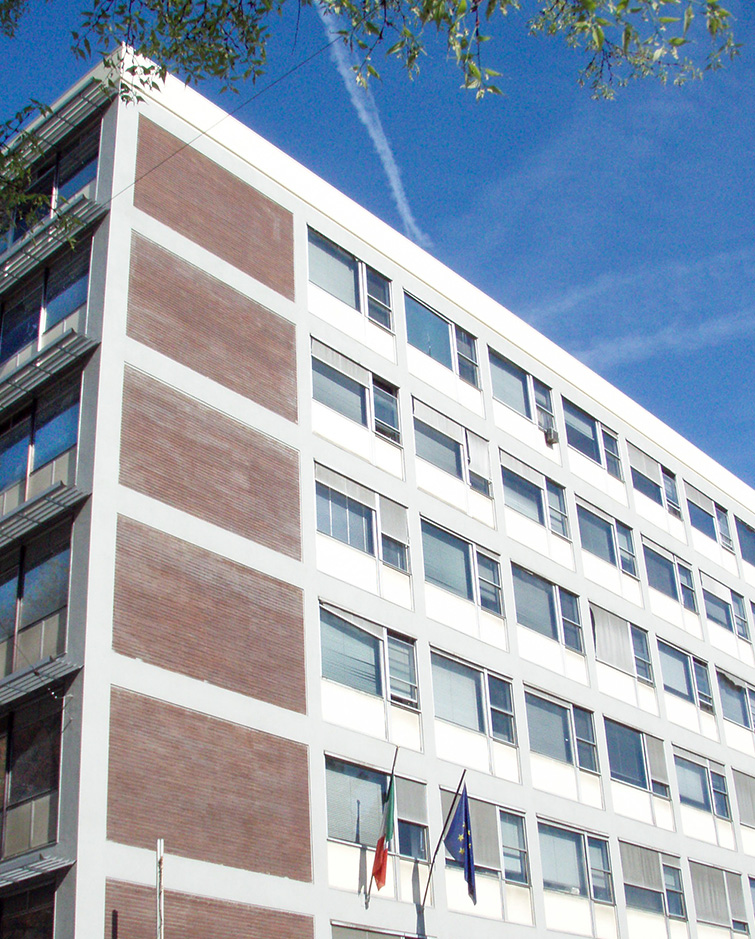 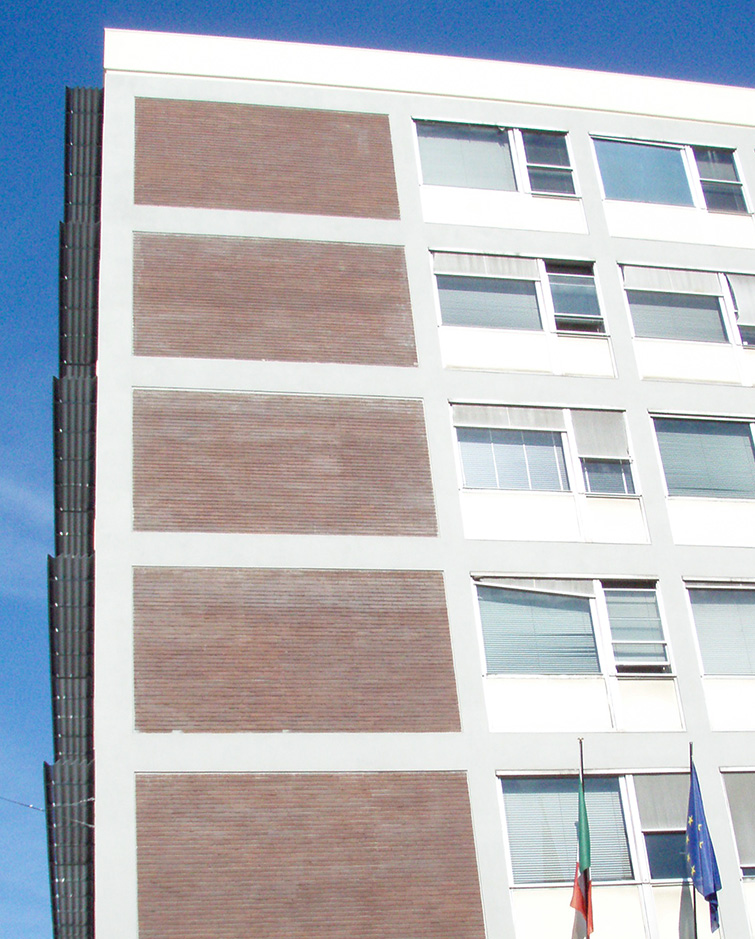 For the headquarters of the revenue agency in Bologna, via Marco Polo n°60, the following was performed:
• SEALING OF SEAMS ON THE FLOOR DIRECTLY UNDER THE ROOF
Th work was performed on the 6th floor of building A (under the roof) and was for the lay-out and sealing for the wall seams and the cracks that appeared between the external covering and the flooring, both internally and externally as well as the sealing of the detachment cracks between the external covering and the reinforced concrete pillars.

For the headquarters of the revenue agency in Modena, in viale Reiter n°72-76, the following was performed:
• FACADE RENOVATION
The work was for the renovation of two of the four internal courtyards of the building due to the wear of the finishings (plaster, ledges, cornices, string course frame covering and the bases).
The project was subjected to the approval and the permit of the architectural and landscape heritage superintendence for the provinces of Bologna, Modena and Reggio Emilia.

For the motorisation headquarters in Forlì, in via Golfarelli n°86/A, the following was performed:
• RENOVATION OF THE PARKING LOT COVERINGS
The work was for the renovation of the parking lot coverings for the Motorisation building which were badly damaged after the heavy snowfall in February 2012.

For the INPS headquarters in Ferrara, in viale Cavour n°164-174, the following was performed:
• RENOVATION OF THE SUN SHIELDS ON THE MAIN FACADE
The work was for the renovation of the metal sunscreens on the main facade onto viale Cavour and for a small section of the adjacent sides on via della Cittadella and the courtyard of the building used for parking.
• SUBSTITUTION OF THE BUILDING AIR CONDITIONING SYSTEM
The project is for th substitution of the main air conditioning unit, located in the central conditioning room on the 5th floor of the building with a new conditioning double-unit system. 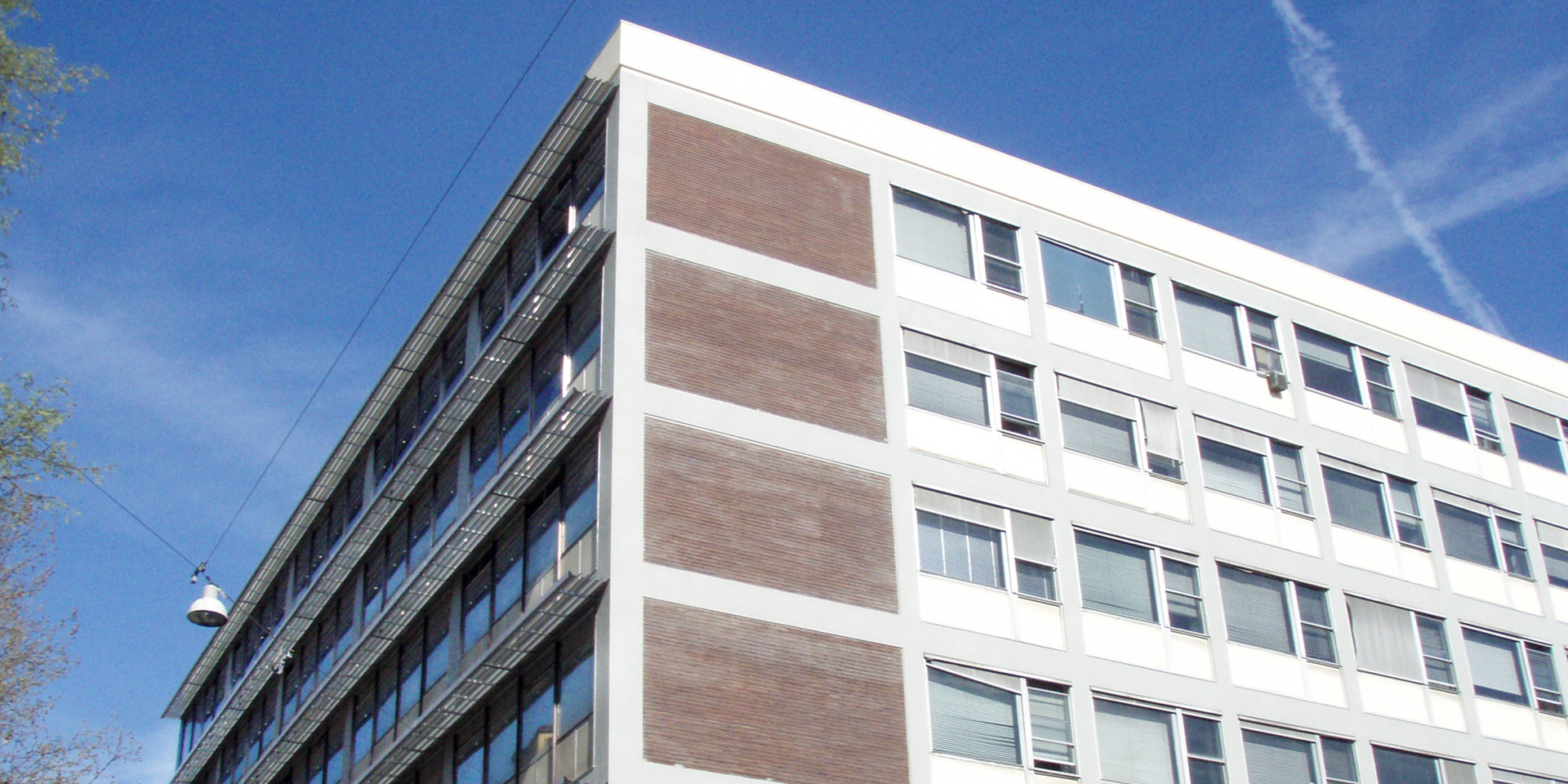 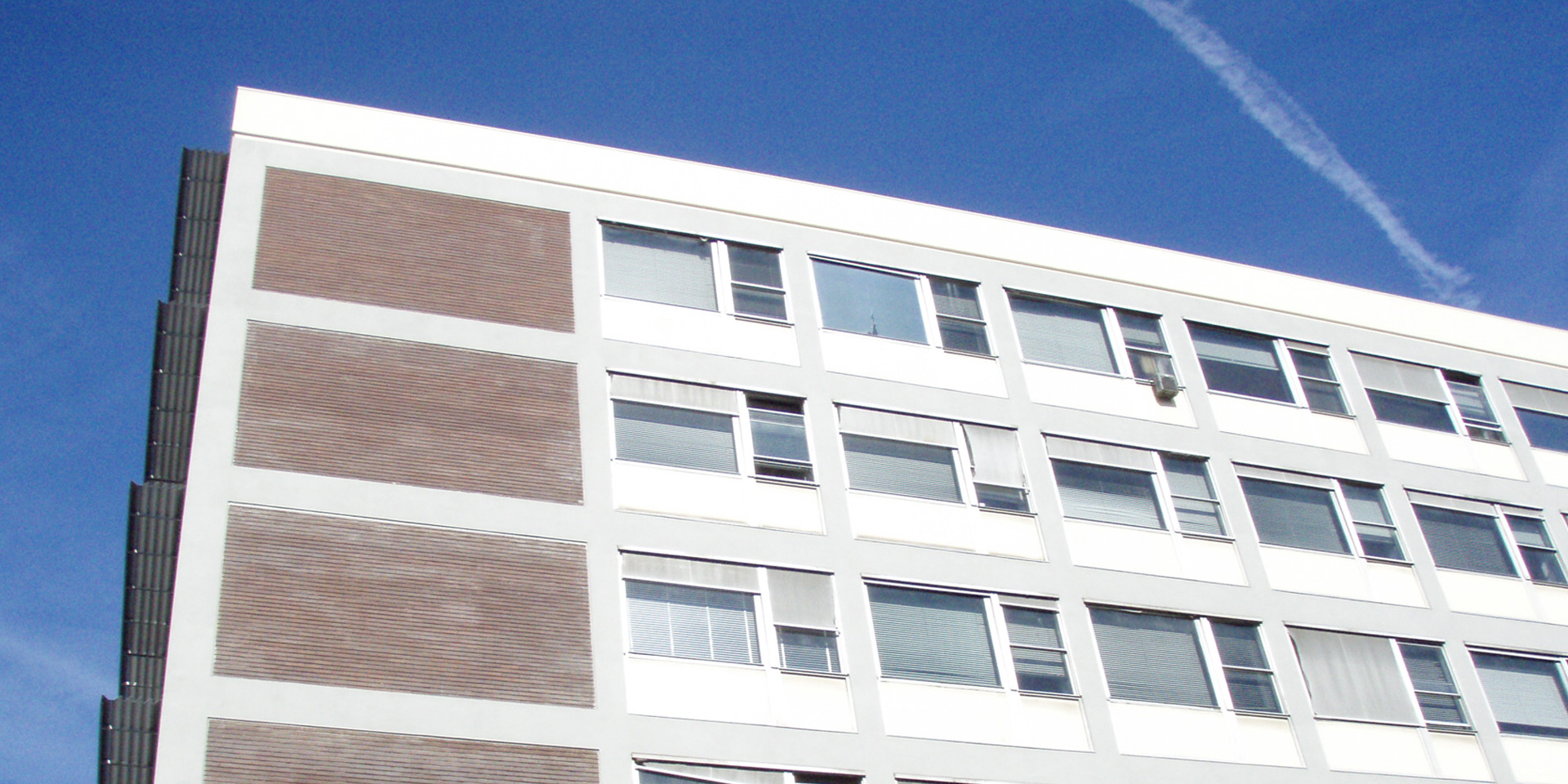 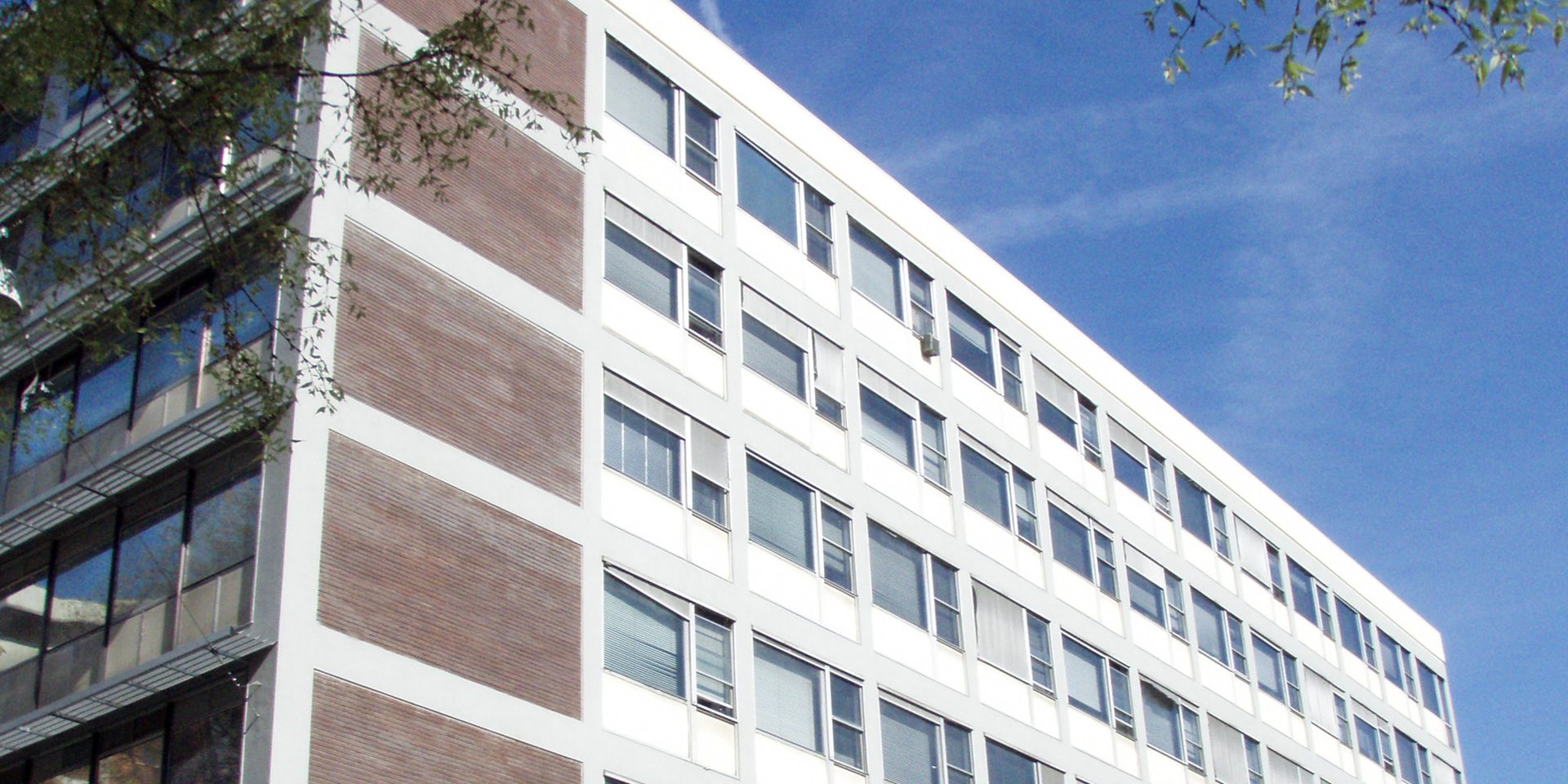 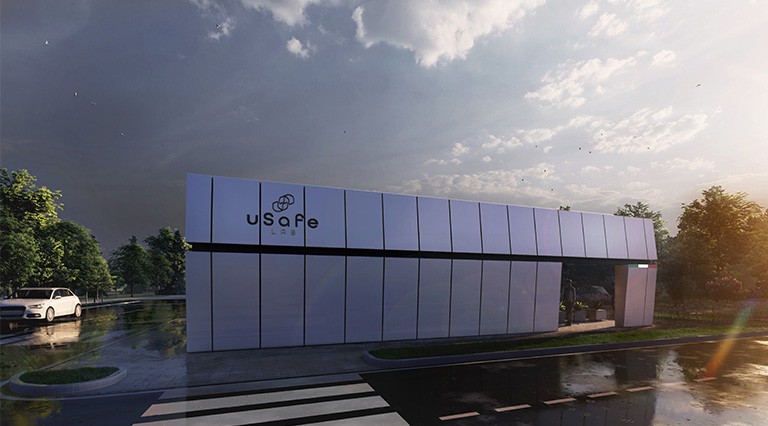 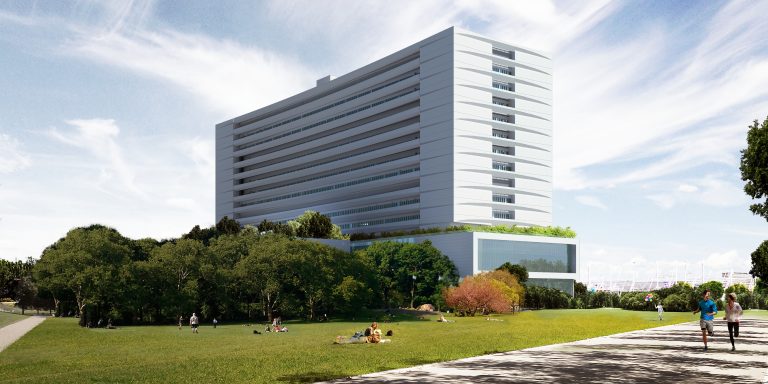 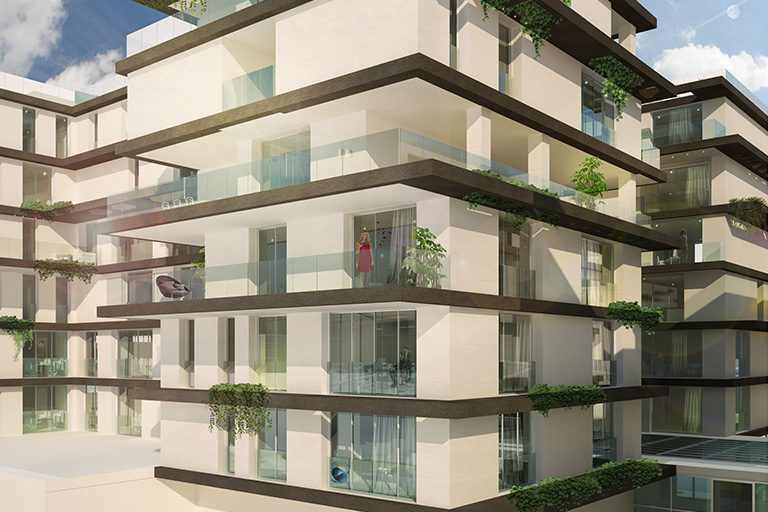 Via Lamarmora in Milan 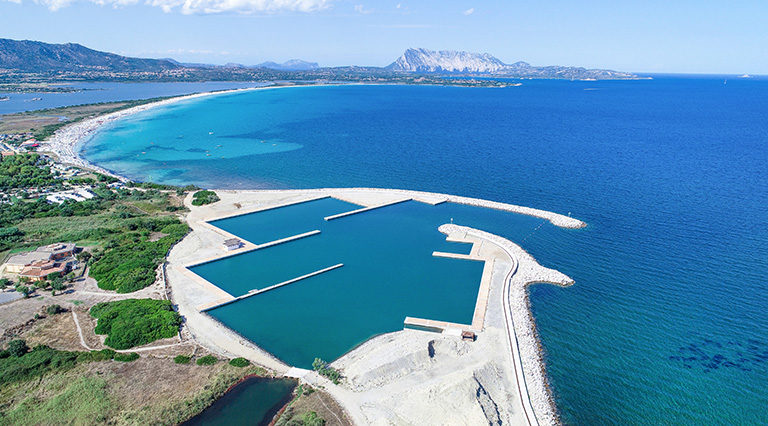 The Port of San Teodoro 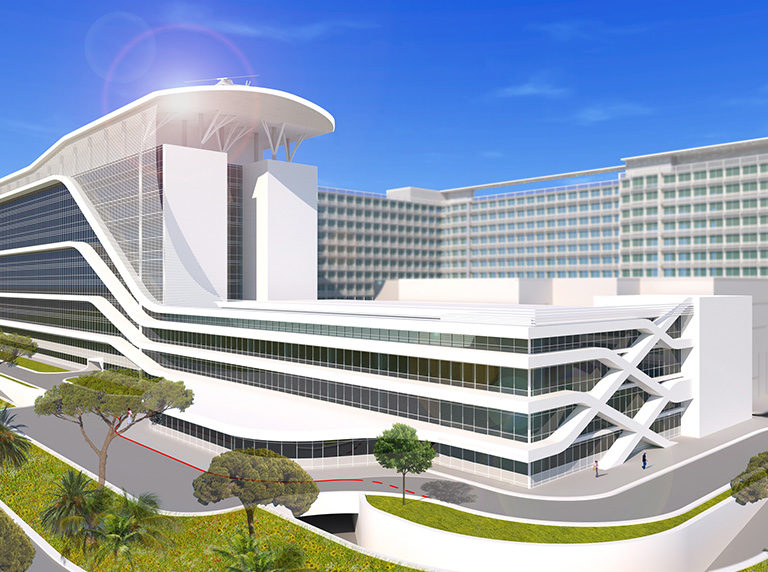 The future “Gemelli” in Rome 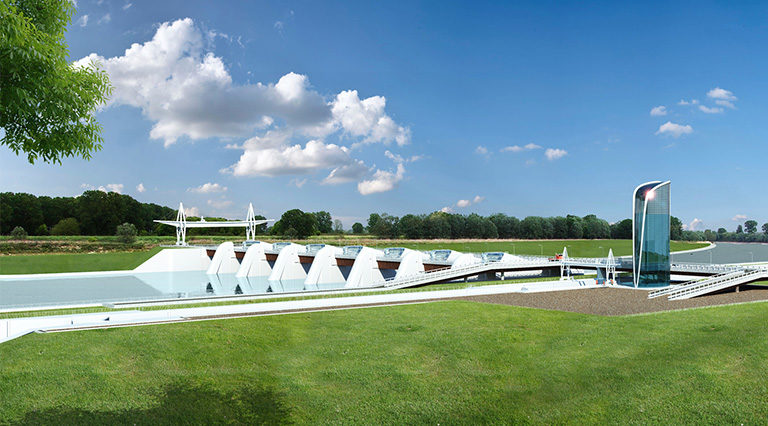